Ask Izzy has launched its new “Unexpected Turn” campaign, aimed at reaching the millions of people in Australia who have unexpectedly found themselves struggling this year as a result of COVID-19.

The Ask Izzy website, developed and run by not-for-profit social enterprise Infoxchange, connects people in need quickly and easily to over 370,000 support services across Australia, including food assistance, money help and counselling.

Nellie Jackson is a Melbourne-based musician with the band Loose Tooth who unexpectedly found herself struggling with the mental health and financial impacts of having the band’s gigs, new album and overseas tour suddenly cancelled due to COVID-19.

“Music is such a private, personal thing that it's kind of a therapy for me. So I've had to learn new ways to cope with the stress of life and my job,” Nellie says.

She says Ask Izzy is an incredibly valuable tool for people in her position who didn’t expect to be struggling this year, and don’t know how or where to turn for help.

“I know for some people, accessing support is really overwhelming and really scary. If you don't know what's out there, you don't even know where to start.

“With Ask Izzy you can just type in where you are and there you go, it's all at your fingertips. Having that information is a powerful first step.” 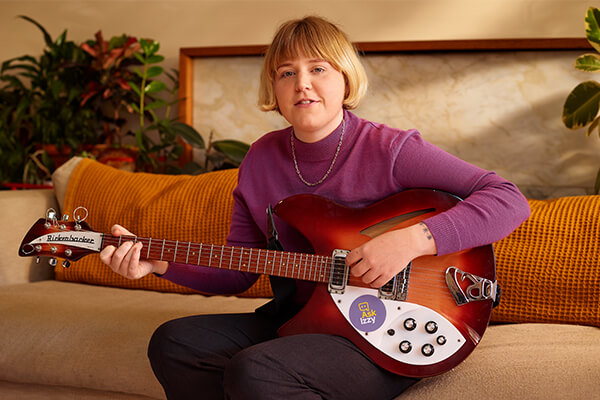 Nellie Jackson found herself unexpectedly struggling when COVID-19 put a stop to her band's big plans for 2020. Photo: Danny Cohen.

Infoxchange CEO David Spriggs says that the main message of the campaign is that there is support out there for everyone no matter their situation, and that there’s no shame in seeking help.

“In an ideal world, we’d love it if no one needed to use Ask Izzy. But the fact is that we all go through rough patches in our lives. And in these especially difficult times we want everyone to know that help is available, and that Ask Izzy can help you find it.”

David says Ask Izzy has seen big surges in usage this year, particularly around the time the pandemic first took hold in March and when Melbourne’s Stage 4 lockdown began in early August.

“Searches in Ask Izzy’s food category more than doubled in a single week in March at the beginning of the pandemic, and searches for Centrelink locations nearly quadrupled the following week,” David says.

“And the week that Melbourne’s Stage 4 restrictions were announced, food category searches in Melbourne increased by a huge 42 percent from the previous week and searches for money help increased by 25 percent.”

“During this year so many people’s lives have taken an unexpected turn. It’s great to see this campaign to raise awareness of Ask Izzy for people in need.” 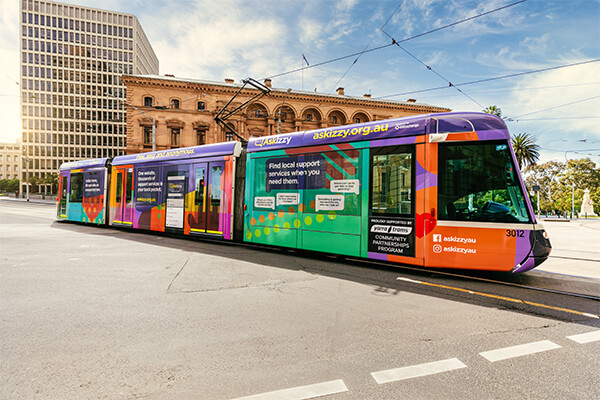 The campaign will also see an Ask Izzy-branded tram on the tracks of Melbourne until December, as part of Yarra Trams’ 2020 Community Partnerships Program.

“We’re incredibly grateful to Yarra Trams for the opportunity to raise awareness of Ask Izzy, especially when Melburnians have been hit particularly hard by the pandemic,” David says.

“While there are certainly fewer people on the streets of Melbourne at the moment, any opportunity to spread the word about Ask Izzy and the help it can provide is hugely appreciated.”